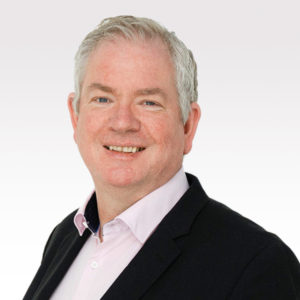 Tom Harris joined the Cogitamus team in 2017. He was previously a Labour Member of Parliament  for 14 years, representing the Glasgow Cathcart (2001-2005) and Glasgow South (2005-2015) constituencies.

Tom was appointed by Tony Blair as a Minister at the Department for Transport (DfT) in 2006, where he was responsible for Britain’s railways, tram systems and cycling policy.  In 2007, when Gordon Brown became Prime Minister, Tom’s portfolio was expanded to include the country’s trunk road network.

As the longest serving railways minister during Labour’s period in government, Tom oversaw the franchising process and the High Level Output Specification (HLOS), which allocates resources to the network over a five-year period. He also took the Crossrail Bill through its final parliamentary stages to Royal Assent.

Tom’s other roles in government included Parliamentary Private Secretary (ministerial aide) to both the Health Secretary, Patricia Hewitt MP, and Northern Ireland Minister, John Spellar MP.  As a parliamentarian, Tom was a member of a number of House of Commons select committees, including Transport and Science & Technology.  He later served as a Shadow Environment Minister during Ed Miliband’s leadership of the Labour Party.

Since leaving the UK Parliament, Tom has returned to his original profession of journalism, as a daily contributor to the Telegraph Online. He is also the director of his own public affairs company, Third Avenue Communications.