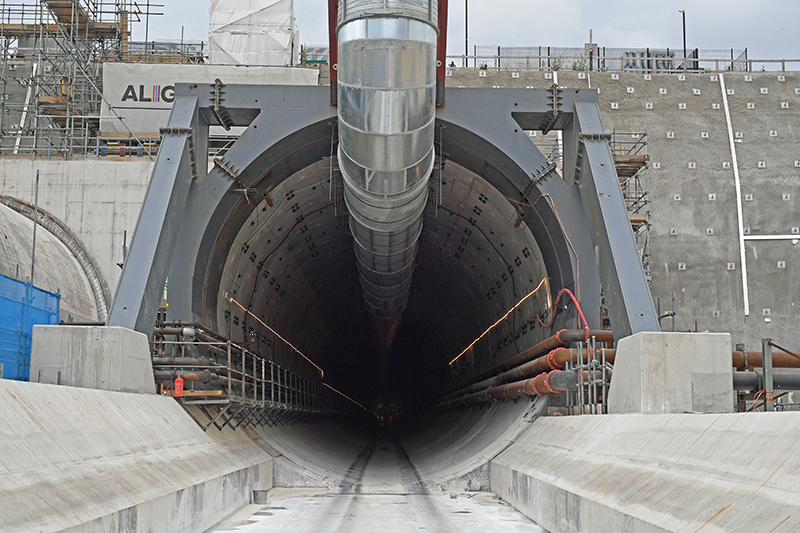 Publication of the Integrated Rail Plan for the North and the Midlands, originally scheduled for early this year, now finally seems to be imminent. A month or so ago, it was anticipated that it would be announced at the same time as the Comprehensive Spending Review on 27th October, then the expected date briefly moved forward, but has now slipped back to mid-November, amidst rumours that Boris Johnson and Rishi Sunak were arguing about the scope, with the Prime Minster wanting greater ambition, hence higher spending. Surely, all will at long last be revealed in the next few weeks?

On Northern Powerhouse, the best guess is that there will now be electrification throughout he principal TransPennine route via Huddersfield, although there is a lot of devil in the detail, for example whether the route will be cleared for 9’ 6” containers, and whether there will be sufficient capacity for freight to allow faster transits between the North West and Humberside and Teesside – given the short distances involved, high resource utilisation will be essential if intermodal rail freight is to be competitive on this corridor, enabling mission critical modal shift as part of achieving net zero. The scope, level of commitment and timescales for a Liverpool – Manchester – Leeds high speed line are also as yet far from clear.

It seems clear that the Western arm of HS2 Phase 2 will be built in full, although there isn’t yet a Parliamentary Bill for the Crewe – Manchester section, so timescales are likely to slip further. However, the Eastern arm is likely to be kicked into the long grass – HS2’s Chief Executive has already referred to this as “Phase 3” of the project.

One of the issues which hasn’t yet been addressed is the impact of dropping the Eastern arm on the utilisation of the core section between Euston and the Midlands. Whilst the eighteen trains per hour promised for this section has always looked optimistic, the infrastructure does need to be intensively used to make economic sense. However, without the Eastern arm, there would only be eleven trains an hour, and even this assumes that Manchester and Birmingham would each support three massive, 400 metre trains each hour – a lot can change over the next ten years, but assuming this level of demand looks quite brave post the pandemic.

At some point, ideally sooner rather than later, DfT need to give serious thought on how to use the spare capacity. One obvious option is to connect HS2 to the existing Birmingham – Derby line, improve line speeds between the junction and Sheffield, for example by improving the alignment through Burton on Trent, and operating a half hourly service between Euston, Derby and Sheffield, with a journey time saving of 25 – 30 minutes. The best place for the junction would probably be to the east of Lichfield, linking to the existing Lichfield – Wichnor Junction section. Whilst there are currently no parliamentary powers for such a connection, it goes across green fields, so could be relatively uncontentious.

Such a proposal would of course be politically sensitive. It would be seen, probably rightly, as effectively closing down construction of the full eastern arm, and it wouldn’t sensibly serve Nottingham or the planned East Midlands Hub at Toton. It would also do nothing for Leeds, although the time savings for HS2 compared with further incremental improvements for the East Coast Main line, for example delivering the long-envisaged 140 mph line speed, are lower than in the west. So it could well be seen as politically toxic – an example of the best being the enemy of the good.

Even with two trains an hour to Sheffield, HS2 would still only get up to thirteen trains an hour, so there is more to play for, but not too many obvious destinations. However, Chester and North Wales were always going to get a raw deal from HS2, with pre-pandemic fast services replaced by slower trains making more intermediate stops, or interchange at Crewe. The service has already been particularly hard hit by reductions as a result of the pandemic, with just two through trains a day, and no sign yet of restoration of the previous hourly service to Chester, with five trains going through to Holyhead. The route is also important in terms of the politics of the Union, and there is a longstanding campaign for electrification. Perhaps this is the time? An equivalent route in Brittany, from Rennes to Quimper, was electrified many years ago, and has regular TGV services to Paris.

The Chester – Holyhead route could also be an interesting demonstration project for delivering modal shift. The route is potentially quite fast, with a 75/90 mph line speed, and further improvements may be possible relatively inexpensively – the route used to see fast Irish boat trains until low cost airlines killed the business. However, frequency is not high, with typically two trains an hour from Chester as far as Llandudno Junction, and one beyond there to Bangor and Holyhead. The route largely parallels the A55 Expressway, virtually dual carriageway throughout, and fully grade separated East of Conwy.

The trains are reasonably well loaded, but are mostly only two or three car units, and the contrast with the traffic on the A55 is extreme; rail’s mode share on the corridor is probably less than 5%. But the Welsh Government is, dare I say it, taking climate change more seriously than is the case in England, so has turned its face against building new roads, and has aspirations to develop its rail network comprehensively. While some of the ideas look really rather silly – for example, a half hourly service from Llandudno to Trawsfynydd (population 973) – faster journey times and improved frequencies along the North Wales coast are a sensible aspiration.

Like the Integrated Rail Plan, the Union Connectivity Review is presumably waiting on a shelf somewhere in Whitehall until the stars are aligned for it to be released. In this context, improvements to the key route in North Wales could be a relatively quick win.