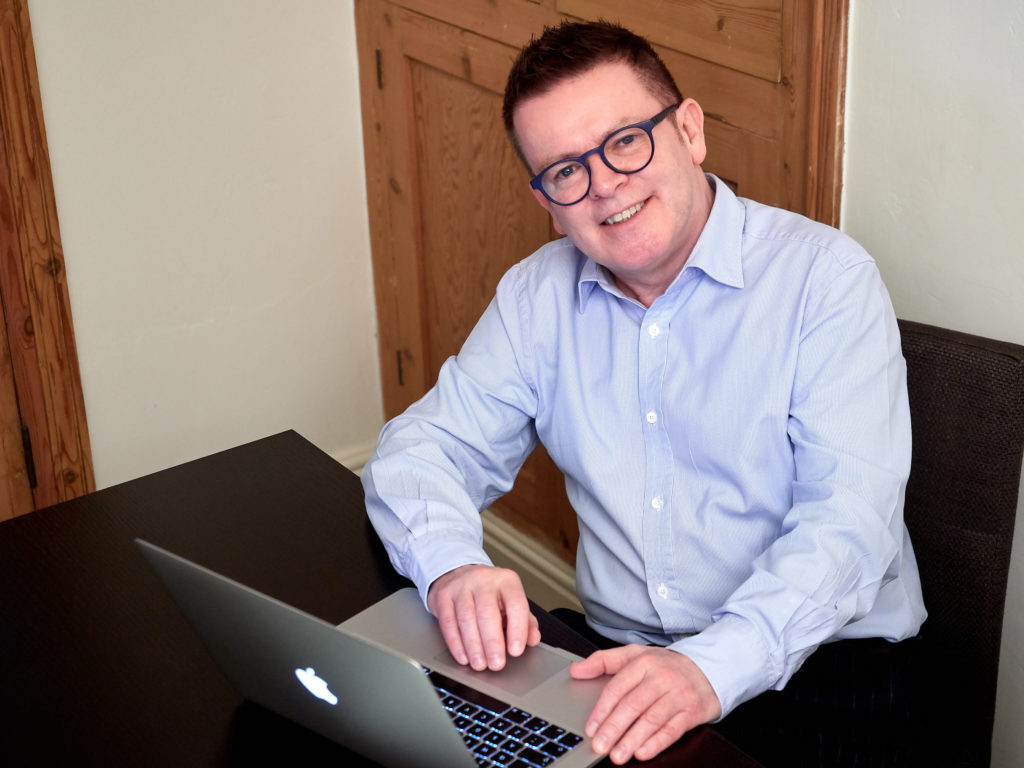 The Covid-19 pandemic has placed a question mark over the future – and the safety – of office working.  But for public affairs team, Cogitamus, recent events have confirmed the effectiveness of a business model it’s been following for more than a decade, explains its Chief Executive, Mark Walker

Christmas 2006 was a point at which I faced a challenging set of circumstances.  Multiple changes in my life found me living in a new home with shared care of two children under eleven years of age, no job and very little money.  Necessity is the mother of invention, so I thought very hard about what I might do in order to earn a living whilst meeting all my obligations.

I’d spent several years working in a successful central London lobbying company with all the usual paraphernalia of the public relations world, being a stone’s throw from the Thames and just a few minutes’ walk from one of the capital’s busiest rail and underground interchanges.  Yet so much of that business infrastructure seemed to me to be associated with waste.

Waste of money on the premises themselves; waste of effort on keeping up appearances; and waste of time in getting to the office even when it was in the wrong direction from the location of the clients.

Regarding money, as well as the fixed costs of the premises there were all those other pesky charges for utilities, cumbersome but increasingly essential information technology services located on energy-thirsty servers, and cleaning.  When it came to keeping up appearances, the company maintained a boardroom for visiting clients and dignitaries which was scarcely ever used – and, I remember, was held up to ridicule when the grand antique table partly collapsed on the occasion that a VIP actually did drop by.  As for time, I’d been wasting two hours each way most days on London commuting when an increasing number of clients were elsewhere in the UK.

It was in these circumstances that I came up with what most of my friends – or competitors – in the field thought was the quite wacky idea of starting, running and building a public affairs business in which everyone worked from home.

This required no outlay of capital on premises and gave me much greater flexibility to organise my working week around my young children.  It also meant that I could mobilise my knowledge of the increasing levels of business and political activity around devolved government in Scotland, Wales and the city regions of England.  Freed from massive overheads, prices for our services could be correspondingly competitive – which turned out to be even more important as I found myself launching the business just as a global economic crisis was taking hold.

Slightly to my amazement, I found a number of other seasoned public affairs and media professionals around the UK with whom I’d worked in the past were interested in joining forces, enabling Cogitamus Limited to get started.

None of this would have been possible, of course, without the technological revolution which was starting to take hold at the time.  Our first year of trading saw the launch of the iPhone by Apple which has come to signify the transformation of personal and business communications which younger people now take for granted.  My own policy from the outset was only to purchase Apple machines as I was sick of the unreliability and short lifespans of the personal computers overwhelmingly favoured in the business world at the time.  My first Apple laptop went on to last for 6 years until it finally fell to pieces, whilst the one on which I’m writing this article in now 7 years old.

The expansion of the internet opened up new communications platforms to us such as an early iteration of Skype as well as the generalised use of email, though we still made extensive use of the traditional post in those early days and I continue to favour the good old fixed-line telephone much of the time.  These tools enabled us to organise team meetings and strategy sessions without the hassle of travel, and around the childcare needs of an increasing number of parents who were drawn to our model of working.

This is not to say, however, that no travel was required – quite the opposite in fact.  During most working weeks between January 2007 and March 2020, I travelled by train two, three or four times.  But the big difference from my previous working life was that all of that travel was for business purposes rather than commuting, and much of it could be productive as the internet became increasingly available on public transport.  Not only was I saving time from commuting but I was also freed from the burden of paying for a season ticket out of my post-tax income.

Of course, there have been challenges to overcome.  An important consideration is isolation and even loneliness.  Workplace interpersonal chemistry can be really important for morale, and I used to find in the early days especially a sense of desolation when the last call had been made and there was nobody to go the pub with at 5pm on Friday afternoon.

We’ve worked hard over the years to put protocols in place to safeguard morale when using this business model, and had updated the totality of our Wellbeing Policy rather presciently early in 2020.  The biggest responsibility though is on me as the owner-manager of the business to ensure that everyone feels engaged in the strategies and decision making of the organisation regardless of where they are located and the number of hours for which they work.

It’s caused me some amusement over the past few months to read the pontifications of working life gurus on how to manage during these unprecedented circumstances as we have all been doing our best to get through the lockdown.  The arrival of the pandemic caused all businesses to face new challenges, and it would be the height of smugness to say that Cogitamus was immune to these

Nevertheless, we had already deployed, tested and evolved a way of working which made the events of 2020 less disruptive to us than for many professional services consultancies.  And the really big difference is that we are not straining to get back to the status quo ante.  This is normal for us, rather than the new normal, which is why we’re in a position to make the most of things and bounceback with the best possible set of services and skills for our clients.