The ‘What?’, ‘Why?’ and ‘When?’ of the Williams Rail Review explained 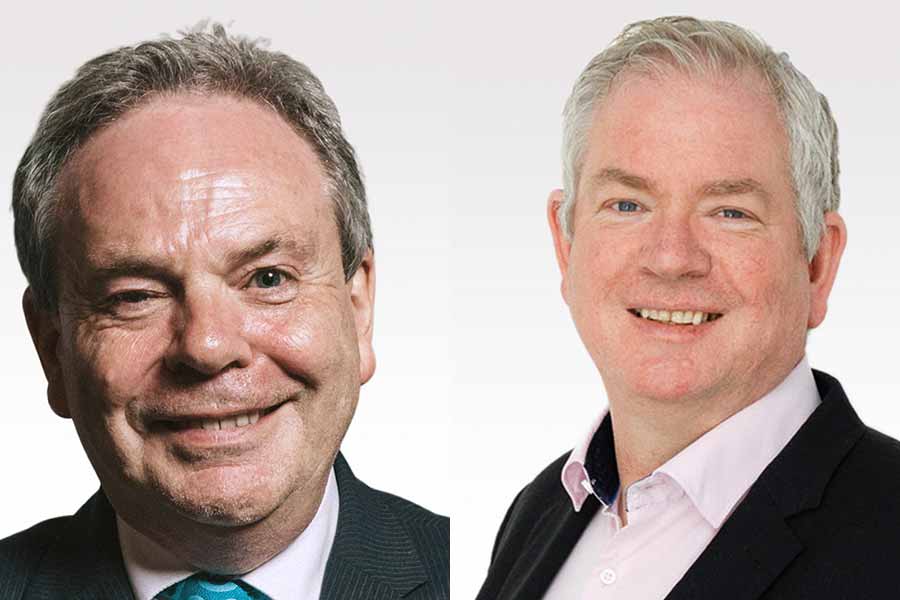 There was a buzz of excitement in the rail community when UK Minister Chris Heaton-Harris suggested publication of the Williams Review was imminent but a well-sourced article in the Daily Telegraph on 22 March reported further delay.

Cogitamus consultants Tom Harris and Ian Lucas now fill in the background to these developments.  Tom is a former UK Rail Minister and Glasgow MP who served on the Expert Challenge Panel to the Williams Review, whilst Ian is a former Business Minister who represented the Welsh borderland constituency of Wrexham in the UK Parliament.

If you wanted a single word to describe the UK government’s independent rail review, “delayed” would be as good as any.

The review was set up towards the end of 2018 and had completed most of its work before the end of the following year. In fact an initial draft was agreed by the chair of the review, Keith Williams, and his Expert Challenge Panel members in November 2019.

But then Covid happened and pretty much all of government took a back seat to the national efforts to contain the pandemic. Even before then, however, media reports had revealed political concerns about some of what the Williams Review contained. At time of writing, we understand that the UK Government still intends to publish the Williams Review as originally planned – in the form of a White Paper – after the set of elections taking place throughout Great Britain in May, after which there will be consultation on its findings.

So it’s worth reviewing the reasons why the review was established by then Transport Secretary Chris Grayling in the first place, and what the specific challenges were that it tried to address.

Despite its rhetoric, the Labour Government did not attempt to reverse rail privatisation. Although ministers under Tony Blair and Gordon Brown regularly described John Major’s privatisation of British Rail as “botched”, they chose to try to make it work, rather than attempting to roll back time and go back to a wholly publicly-owned industry.

Whereas Conservative ministers had assumed that the new structure would help manage the inevitable decline of the railways, their counterparts from 1997 saw an extraordinary increase in passenger numbers. Large scale public investment such as the development of the West Coast Main Line, coupled with repeated expenditure on subsidy for fares, led to increased popularity. Something that had never been foreseen – private franchisees handing back a share of profits to the UK Department for Transport – started to happen regularly and in ever greater quantity.

But by 2018, it had become clear that the franchise system had had its day and it was time to try something new. The levels of public investment made over the previous 20 years could not be maintained. Enhancement of services, especially away from the main lines, had not taken place and investment was, increasingly, focussed on more profitable lines in the large conurbations across Great Britain. The number of owning companies willing to bid for franchises had shrunk to a dangerously small level.  National Express pulled out of the market altogether and Virgin has now followed suit. The cost of making even an unsuccessful bid – estimated to be between five and ten million pounds – became a barrier fewer and fewer companies were willing to negotiate.

The seemingly regular controversies over the East Coast Main Line franchise from 2006 onwards – where companies overbid in order to win the lucrative franchise, only to find themselves incapable of meeting the targets they themselves had promised – added to a sense that franchising was on the way out.

But with (pre-Covid) passenger numbers continuing to rise, and with the season ticket model proving too rigid to accommodate passengers’ increasing desire for flexible commuting, the franchise market was becoming unsustainable.

There was also an increasing concern that investment was becoming concentrated in the south-east of England, supporting the most successful part of the UK economy whilst by-passing improvement of services in areas of the country which were struggling.

That was the starting point for the Williams Review. Over the course of Keith’s inquiry, he regularly updated the media and industry stakeholders about the direction he was taking: the restoration of a “central guiding mind” (in the mould of the former Strategic Rail Authority, abolished in 2004) would take micromanagement of the industry out of the hands of civil servants at the UK Department for Transport and introduce a more imaginative investment policy to support enhancement of services away from the most profitable routes; fares would need to undergo a radical restructuring; and – most controversial, especially to HM Treasury – franchises would be replaced with new management contracts which would work along the lines of concessions that already operate on a number of services, particularly the London Overground.

Whereas franchises mean private operators shoulder any revenue risk but also reap the financial rewards of delivering popular and reliable services, concessions are essentially fixed contracts where the government (or other authority) accepts all the revenue risk while paying a fixed fee to a private contractor to deliver specified services.

We understand that these two fundamental changes still form the core of Keith Williams’s recommendations to the UK Government. We will have to wait to see what finally emerges at the other end of this convoluted process but there is already a broad consensus in the industry that in terms of structures – removing civil servants from the timetable-writing process and bringing operators and track closer together – radical change is needed.

Another controversial aspect of rail reform will be the extent to which the final White Paper allows for greater devolution of services. There is enormous frustration outside London – particularly in devolved Wales – at levels of enhancement of their network in the current system. Again, the Treasury might be reluctant to allow the devolved nations and English regions like the North West of England to specify services if devolution of such powers must be accompanied by greater amounts of cash to support those powers. On the other hand, genuine devolution isn’t free and must come with financial consequences for it to have any meaning beyond pithy political slogans.

Increased devolution is, however, a policy out of step with the thrust of current UK Government strategy which resists further transfer of powers, preferring instead to deal directly with local authorities or bodies created specifically to address transport problems. In the run up to the May Scottish and Welsh Parliamentary elections and English local elections, revealing the UK Government’s intentions could have been explosive.

The outcome of that debate behind closed doors in the UK Government will be one that many in the industry, and beyond, will be eager to see.