What prospects for rail ridership recovery? 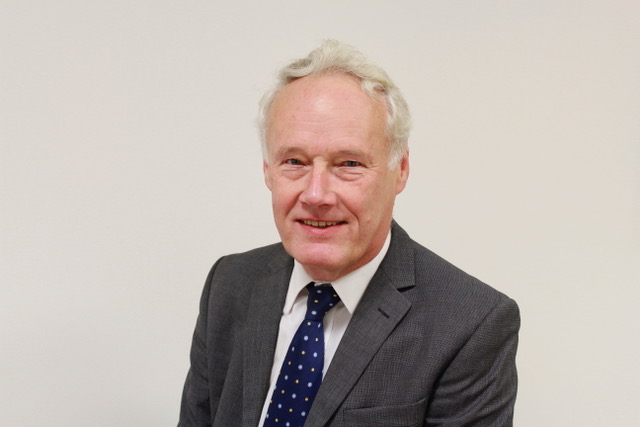 The rail industry is still haemorrhaging income. Although passenger numbers have slowly built up to around 60% of pre-pandemic levels, recovery has been uneven. Leisure travel is close to previous levels – helped by staycation holidays – but commuting and business volumes are still right down. Subject to covid levels not shooting up again, some recovery of city-centre office working is likely from September, but there is no prospect of a return to full, pre-pandemic levels of commuting.

It’s clear that most employers aren’t going to demand that everyone comes back to work daily, and most staff don’t want to do so. Forecasting is real finger-in-the-air stuff, and it will take a year or two before new patterns of work are clearly established, but in many ways these changes represent a dramatic acceleration of previous trends. Many offices, including big swathes of government, already had more staff than desks, so relied on “hot desking”, with a significant proportion of staff working from home some of the time.

A doomsday scenario for commuter rail would be for peak volumes to recover in the middle of the week, but with empty peak trains on Mondays and Fridays. Certainly, even before the pandemic, passenger numbers were much lower on these days, particularly on Fridays, with lots of empty spaces in car parks that were full before 0900 on Wednesdays. Maintaining full peak capacity for three days a week is the economics of the mad-house. However, I wouldn’t expect the outcome to be that extreme – the same financial logic applies to companies’ office space, and I’m already being told, both by employers and staff, that office occupancy will be spread across the week, although I would guess that Fridays will remain quieter. My guess is that the end state will typically involve people coming into the office two or three times a week, but not able to pick and choose which days – there will be a need for teams to get together on defined days.

Business travel is also likely to be permanently lower, again accelerating long term trends. I certainly expect to go to many fewer meetings in London in the future, even if, miraculously, coronavirus becomes a distant memory; and the virus is likely to be with us at some level for the foreseeable future. Will people ever again regularly make two or three hour journeys each way for relatively short meetings? The pandemic has broken many habits.

The industry’s InterCity offer needs to evolve. The days when business travel could be treated as an inelastic market were already fading, with years of pricing up open returns having had the effect of killing the goose which used to lay the golden eggs. There is still a case for first class on InterCity routes, but a growing proportion of first class passengers are paying their own way, travelling on advanced tickets, and choosing to trade up for greater comfort, more space and higher quality, at-seat service. The days when first class fares were not discounted have long gone, and volume and yields from business travel won’t recover in real terms.

Leisure travel is altogether more promising, at least in the short term, with so many people taking holidays in Britain. Also, road congestion, probably one of the main drivers of rail demand growth, is back up to pre-pandemic levels, with motorway journeys as grim as they’ve ever been, and road space in many towns and cities squeezed to allow for walking, cycling and social distancing.

Pricing is clearly a key issue for the future: can Transport Ministers resist demands from Treasury colleagues to continue to price up on the basis of the discredited RPI measure, while fuel tax continues to be held down for political reasons? Or will demand on rail – in environmental terms the best mode of medium and long distance transport – be priced off while electric cars with lower incremental running costs make motoring apparently both environmentally sustainable and cheaper in real terms?

So the end state may be sustained leisure demand but lower peak volumes, reduced business travel, and a permanent reduction in revenue, resulting in a sharp short term increase in the cost of the industry to the taxpayer. There is likely to be intense pressure to reduce costs, and there will almost certainly be industrial relations bumps on the road. For example, East Midlands is already facing two disputes, with significant impacts on Sunday services. One of these is about an RMT demand for two conductors on the St. Pancras – Corby service, operated by class 360 electric multiple units, when units are running in multiple – yet the same units previously worked on Anglia on Driver Only Operation services. However, the rules of the game have changed; previously, franchisees were faced with immediate losses; now the government takes the financial hit, but is able to take a longer term view on pay levels and working conditions. And the threat of strike action has lost much of its power: people are used to working from home, and can sit out a strike with little or no inconvenience, so the political and economic impact of industrial action is a shadow of what it used to be.

Uncertainty about future demand is starkly illustrated by two contrasting views of demand on the South Western network from Waterloo.

Network Rail recently published its updated route strategy which confidently predicts, even in its “low demand” case, that demand will eventually get back to 2019 levels, and grow thereafter, so plans need to be taken forward to increase capacity by reducing headways, building a flyover at Woking, and remodelling in the Clapham Junction/Queenstown Road area. In contrast, the operator, South Western Railway (SWR) forecasts peak demand at only 60% of pre-pandemic levels, so proposes to reduce high peak hour arrivals at Waterloo from 60 to 53 in May 2022. Even so, the proposed timetable provides 93% of pre-covid capacity, significantly reducing load factors if SWR’s forecasts are accurate. The changes will reduce operating costs and should also improve punctuality.

I suspect DfT will go with SWR’s view of the world, and Network Rail’s enhancement schemes for the route will be kicked into the very long grass.