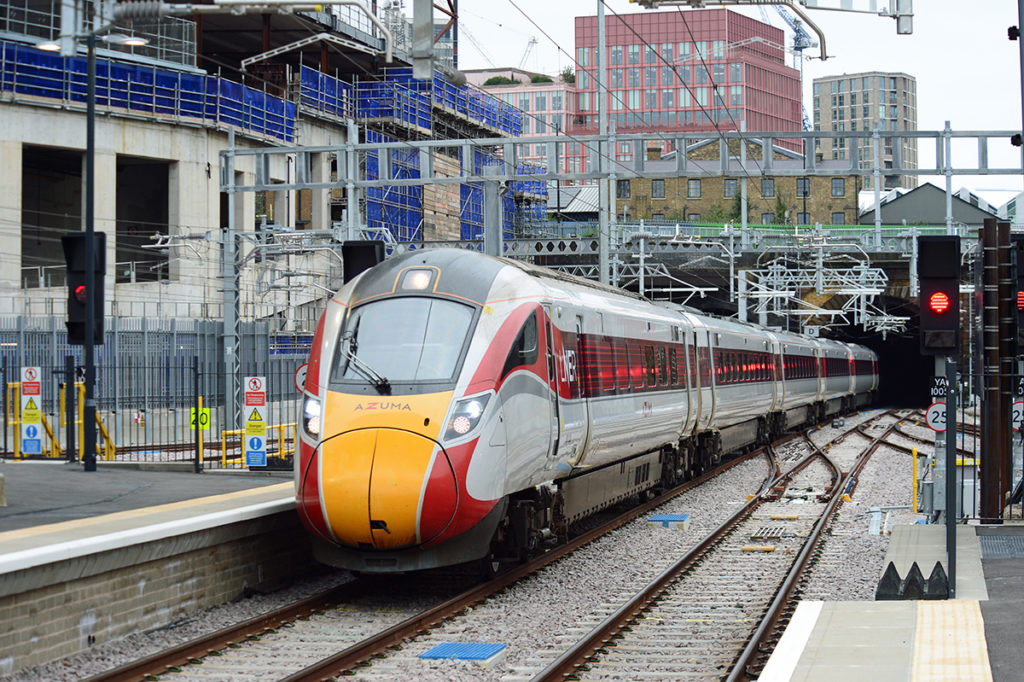 Despite withdrawal of the government’s “working from home” guidance in late January, there has as yet been no dramatic surge in rail use. DfT’s numbers show usage has crept up from around 60% to about 70% of pre-pandemic levels since then. Commuter station car parks remain half full, and off-peak travel is patchy too. It was very depressing to walk through Waterloo at mid-morning a couple of days ago – the station, in normal times the busiest on the network, was extraordinarily quiet. Working from home for at least three or four days a week is here to stay for many people, and business travel is also likely to be permanently depressed. My best guess is that, over time, passenger use will settle at around 80% of previous levels.

All this leaves a catastrophic hole in the rail industry’s finances. The government is reportedly overwhelmingly focussed on cost reduction, with Train Operating Companies (TOCs) targeted to achieve 10% cost savings. Whilst this is understandable given the massive pressures on public expenditure, TOCs have always operated with a high fixed cost base, and outputs have been tightly specified under the terms of their franchise agreements. However, DfT can now rip up chunks of its service specification, and to achieve that level of savings will almost certainly have to do so. This is already happening in Scotland, where the off-peak frequency of the flagship Edinburgh – Glasgow service is to be reduced from every fifteen minutes to half-hourly in May. This feels counter-intuitive, given that TOCs’ cost bases are largely determined by peak resource levels, and empirical evidence since privatisation is that frequency increases have been one of the major drivers in increasing revenue.

Cost savings are more easily calculated than revenue losses, even if not always fully delivered. Also, post pandemic, there is no robust, stable revenue line to measure the impacts against. Logically, it’s clear that the industry should be straining every sinew to maximise passenger income. But there is a fundamental problem: DfT is taking the revenue risk, and the TOCs have lost any incentive to drive up or even restore revenue. Under pressure to achieve cost savings, many managers may, for example, unstaff ticket gates in the evening, achieving a quantified saving against an unproven revenue loss though inducing increased ticketless travel and a deterioration in passengers’ perception of security – people are less likely to travel if they feel, and actually may be, less safe. All this, of course, is after the pandemic, when revenue protection deteriorated enormously across the network, with many conductors unwilling to risk catching covid as a result of going through the train to carry out a ticket check. There’s an enormous recovery job needed here – but who now really worries about lost revenue?

The lack of revenue incentive also seems to be making TOCs more risk averse during actual or anticipated disruption. For example, Southeastern advised “DO NOT TRAVEL” during Storm Eunice on 21st February. Yet its network was open, albeit with some delays, but with virtually empty trains.

The fares system, too, is in a dreadful mess. Real life examples are always striking; we are looking forward to a family wedding in Edinburgh on Easter Saturday, and three of us need to book tickets to get there. I looked at two potential ways of getting there by train. Option one was to drive to Sandy on the East Coast Main Line, and take a Thameslink service to Peterborough, changing there on to an LNER Edinburgh service. At first glance this looked phenomenally expensive, as LNER offer affordable advance tickets from Peterborough to Edinburgh, but not from Sandy, so the fare offered was an expensive open ticket. I tried Trainline, which I believe claims to offer split ticketing, but it came out with the same expensive fare. I know I can save a fortune by buying separate tickets, but how are most people supposed to know that?

Option two is to park at Milton Keynes and travel from there. Some prices on Maundy Thursday were bizarre. Our preferred train, the 1113 departure, was expensive as Avanti had presumably sold its allocation of cheap advanced tickets, but we could book on the 1119 semi-fast train to Crewe, which goes direct and overtakes the 1113 which runs via Birmingham. This cost £95.45 for three passengers compared with £259.35 for the through train! This structure was of course put in before DfT took revenue risk, so Avanti would have been short changing itself by offering a much cheaper fare for the “change at Crewe” option, as it would have shared the revenue with another TOC.

However, we decided to travel on Good Friday instead. The Office of Rail and Road used to enforce a licence requirement that fares had to be available twelve weeks in advance, but in practice no longer does so. So no fares were available on 4th February from Milton Keynes to Edinburgh, nor was there any information on the train service, as the timetable for extensive engineering work over Easter had yet to be published. Nineteen days later – seven weeks out – it’s now possible to view the timetable, but fares are still not available, so we still can’t book.

This is a complex and tedious tale, but it does matter, and these are not isolated examples. Our journey purpose is to attend a very special family occasion, and we wanted the assurance and value of booking in advance. Doggedly, I will wait for the fares to become available, and hope they are reasonable value, but, I suggest, nine people out of ten faced with this would either already have long since booked an easyJet flight from Luton to Edinburgh – a simple process completed on line in a few minutes at a competitive price – or shrugged their shoulders and chosen to drive.

The current long distance fares structure is an arcane jungle, and potential customers have a deep and justifiable distrust of the industry. The government continues to shy away from fares reform from fear that some would pay more and/or simplification would reduce revenue, and despite repeated promises, the industry has failed to deliver improvements. The result is that rail fails to be an attractive, easy to use mode, for any but the simplest long distance journeys, so fails to deliver substantial modal shift.

Now that revenue risk is taken by the government, the industry and DfT could collectively take action to clean up this mess; it doesn’t require legislation, it requires commitment, determination and expertise. But sadly, I remain deeply pessimistic that anything will change any time soon.