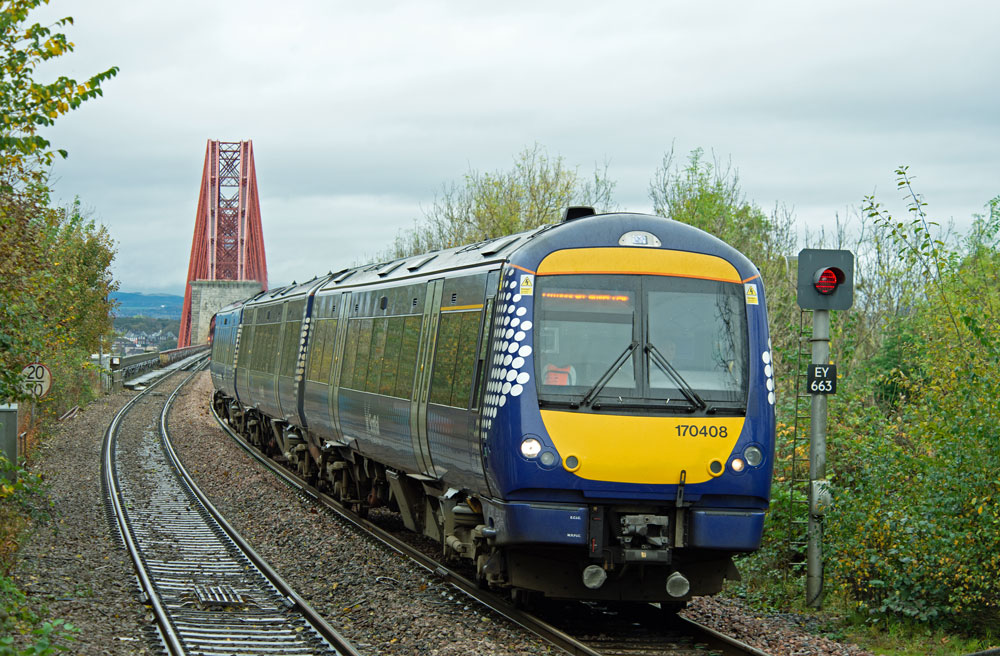 The Strategic Objectives listed in the recent consultation document issued by the Great British Railways (GBR) Transition Team as a step in the development of the “Whole Industry Strategic Plan” are admirable and sensible:

Inevitably there are tensions between the various objectives which will somehow have to be balanced if there is to be a robust long term strategy, sustained by committed investment by government, particularly as the stated first ambition for the “financial sustainability” objective is “reducing costs to government”.

However these objectives are to be balanced, robust, disaggregated data is a key requirement going forward. This in turn this will surely require that GBR understands financial performance route by route; as with so many aspects of rail policy, Scotland is way ahead on this issue. Buried within the Scotrail website there is a detailed analysis of financial performance of each route for 2019/20, before the major impact of the pandemic. There are a range of metrics, covering cost, passenger journeys and revenue, hence average revenue per journey, average journey distance and seat miles.

Some of the results are striking, and many of the key metrics are grim. No attempt has been made to allocate Network Rail’s fixed costs – £263m for the year – to train services but, even so, passenger revenue exceeds train service costs on only one route, not surprisingly Edinburgh – Glasgow, with average revenue per service of £1,288, exceeding cost of £1003. Glasgow and Edinburgh to Aberdeen also put in good financial performances, although the commentary for these routes states that the financial results would have been significantly worse if the full fleet of High Speed Train sets had been available.

It would be fascinating to compare the numbers for Scotland with other parts of Britain. Certainly the Scottish network has always had a high level of subsidy, reflecting its geography and the dense, short distance suburban network in the Glasgow Area, but many routes in England and Wales will be pretty dire too.

There is much that GBR could be achieving in shadow form prior to legislation, but little evidence that this is yet happening. This is shown by the way that individual Train Operating Companies still seem to be going their own way on service levels and timetable planning, even though this task is a key driver of both cost and revenue.

So, London North Eastern have effectively restored full pre-covid service levels but Avanti West Coast haven’t – the December 2021 timetable only showed two trains an hour from Euston to Birmingham, instead of the three which had operated since 2008. A half hourly service might well be adequate for current demand, but with a thirty minute interval. However, this would be difficult to deliver without re-writing the entire West Coast timetable, so the result is a less attractive, unbalanced service, with two trains quite close together, and a big gap. Even worse, the service is currently reduced to just one train an hour, reflecting actual and anticipated covid related staff shortages.

Yet, on the same route, London North Western has restored its faster Euston – Northampton – Birmingham service, and split the other through services to Birmingham at Northampton. Previously the pattern provided through journeys between stations such as Hemel Hempstead and Berkhamsted to Coventry and Birmingham; but the new hourly through train only calls at Watford and Milton Keynes, both of which are also served by Avanti services.

This behaviour replicates the pattern since privatisation – providing slower competing services, supported by bucket shop fares, increasing one company’s revenue at the expense of another. Surely in the brave new world of GBR, Avanti should revert to the highly attractive 20 minute interval pattern, and any through trains via Northampton should serve the towns which Avanti doesn’t? And Avanti’s fares should, of course, be set at levels which drive modal shift.

This is not to say that GBR should manage the detail of the timetable. But it should carry out a high level review of proposed changes, tested against strategic policies: the impact on costs and revenue, the need to improve connectivity, and the importance of driving modal shift.

I worry that the economics of some “Beeching reopenings” may be quite dreadful. On a recent journey from Peterborough to Ipswich, the train stopped at Soham, which was opened in December – the original station closed in 1965. The unmanned station has a car park and a footbridge, future-proofed to provide for doubling this section of the route – astonishingly, it cost £18.6m. Even allowing for the fact that the station has been open for just six weeks and covid restrictions have only just been eased, it was disheartening and sad to see just one passenger get off, and no-one get on. The car park was empty.

This prompted me to do some desk research. The population of Soham is around 11,000. The town has had a modest history, sadly best known for the appalling murder of two young schoolgirls in 2002. But it was also the site of heroic action by the driver and fireman of a train carrying high explosives in 1944; after the first wagon caught fire, they managed to detach it from the rest of the train before it exploded. The fireman and a signalman died and the driver was severely injured, but the town was saved from disaster.

Cambridge is the nearest major centre to Soham but the trains don’t go there, nor do they offer a fast connection to London. There is probably only limited affinity with the towns directly served. Frequency is also a problem. The route only has a two-hourly service, which can’t realistically be increased unless and until the Soham – Ely section is doubled, as capacity is already constrained by the major flow of intermodal trains to and from Felixstowe. To be fair, the Department for Transport declined to fund it, with the Cambridgeshire and Peterborough Combined Authority picking up the tab. But it’s difficult to see, given the price tag, how this project can really be value for money.