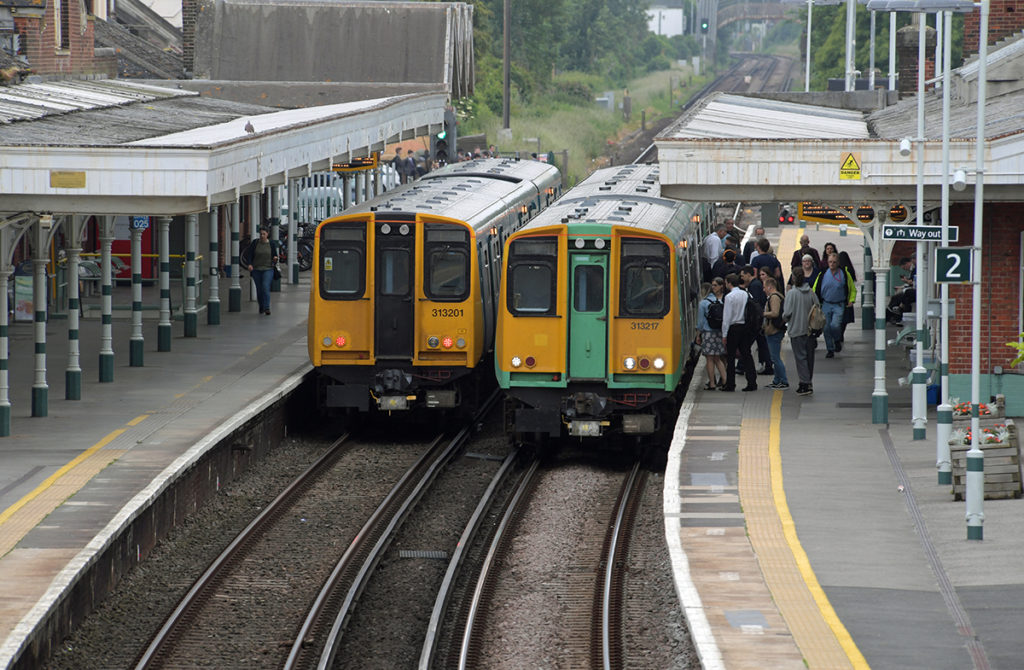 The railway’s industrial relations crisis is proving to be a disaster movie, played out in slow motion. Both RMT and ASLEF are likely to continue to call strikes several days each month, on different days to maximise the impact. Even TSSA are joining in (although, unkindly, it’s not clear whether anyone will notice!). The industry is, even more than in British Rail days, entirely a creature of government, with no prospect of offering pay rises which are close to matching the current level of inflation – how can government hope to keep pay rises in the National Health Service to 5% if rail staff, who are on average more highly paid, are offered higher rises?

The Trade Unions have an entirely understandable desire to at least maintain their members’ real level of earnings. But, except for a minority who want to precipitate a general strike and a socialist revolution, many of their leaders recognise that this is probably not going to be achievable, especially with the likelihood of a new, right wing Prime Minister – both prospective Conservative party leaders are talking up the prospect of “taking on” the railway Trade Unions.

From the Government’s perspective, the economic damage caused by the strikes is relatively minor, and is outweighed by the need to hold the line on public sector pay awards more generally. Many commuters already work from home two or three days a week; if their trains don’t run, they can simply adjust their work patterns. Lots of people do genuinely suffer, but the impact is almost certainly weighted towards more lowly paid jobs, where presence in the work place is essential, so the less well-off but less vocal will probably suffer most. Leisure travellers are also affected of course, but many will be able to time-shift, travelling on the day before or after the strike.

At some point there will be a settlement, although I doubt whether anyone in the industry on either side of the disputes can currently see a way forward to achieving this. Management’s hands are tied by the Government, which is driven by wider policy considerations, and I suspect union leaders don’t have a game plan which they confidently believe in – Mick Lynch’s statements about strikes continuing throughout the year are a counsel of despair. I asked an old friend who is a Union official how he saw the dispute being resolved – he admitted he had no idea.

Ultimately, the way forward for RMT and Network Rail may be a deal around productivity, although the current level of inflation makes this extraordinarily difficult. However, the ASLEF disputes are likely to be more intractable. ASLEF has ensured that its members have been the real winners from rail privatisation, and train drivers are very well paid, around twice the average salary of bus drivers, for example, who probably have more difficult and much less pleasant jobs. There is no shortage of train driver recruits, but the job is skilled and the training period is long. So in the short term, for franchises taking revenue risk, the threat of industrial action was very powerful. Strike action has much less impact now, but it’s difficult for anyone to be philosophical when faced with a decline in real income.

I suspect everybody’s crystal ball is pretty cloudy. So far, the unions have been careful not to escalate action too far, both to keep their members on side and to avoid precipitating a retaliatory response. At some stage, I would guess the government may order Network Rail and the train operators to impose both productivity changes and pay settlements, and the situation will escalate.

This will all pass, and we should still look to the future. There is so much latent potential for the rail industry to make a greater contribution to reducing congestion, supporting the achievement of zero carbon and improving mobility and the quality of life for everyone. The greater degree of devolution promised under Great British Railways should help in the medium and longer term, in a similar way to the improvements delivered over the years by the Passenger Transport Executives.

One recent journey along the South Coast from Brighton to Southampton illustrated this for me. There is an hourly direct electric service, and the trains are clean and reasonably comfortable. However, the service makes eighteen intermediate stops, calling at every station except one between Brighton and Chichester, before suddenly putting on a burst of speed, with only five more stops at the more important stations like Havant and Fareham. By the time we had reached Chichester, I felt as though I had started to lose the will to live. There is surely a respectable economic and business case for a faster, regional service along this corridor, which is paralleled by the A27, much of which is near motorway standard.

This is not to minimise the importance of the smaller stations at the east end of the route. The area is heavily built up but not generally affluent, and the train service is almost certainly quicker for short distance journeys than car, let alone by bus. The obvious solution is to separate out the stopping service, using the existing rail infrastructure to deliver maximum social and economic benefit. Ideally, there would be four stopping trains an hour between Brighton and Worthing, two of which could continue to Littlehampton, with hourly semi-fast trains from Brighton to each of Portsmouth and Southampton, although it may be that line capacity issues preclude four stopping trains an hour, at least initially.

These improvements can be delivered with existing infrastructure – simply running more trains on existing tracks – but would deliver much greater benefits than almost any of the much-lauded “Beeching reopenings”, even if superficially less attractive for local MPs.

Lest anyone should doubt whether this sort of service improvement would really produce results, I would evidence another recent journey, on the Barking – Gospel Oak route. This was for many years a “sink” railway, with infrequent services, old unreliable diesel multiple units and dilapidated and threatening stations. After devolution to Transport for London, it has been progressively transformed. It’s now an electrified route with a fifteen minute frequency and greatly improved stations – and the trains are full.