London will soon be unimaginable without the Elizabeth Line 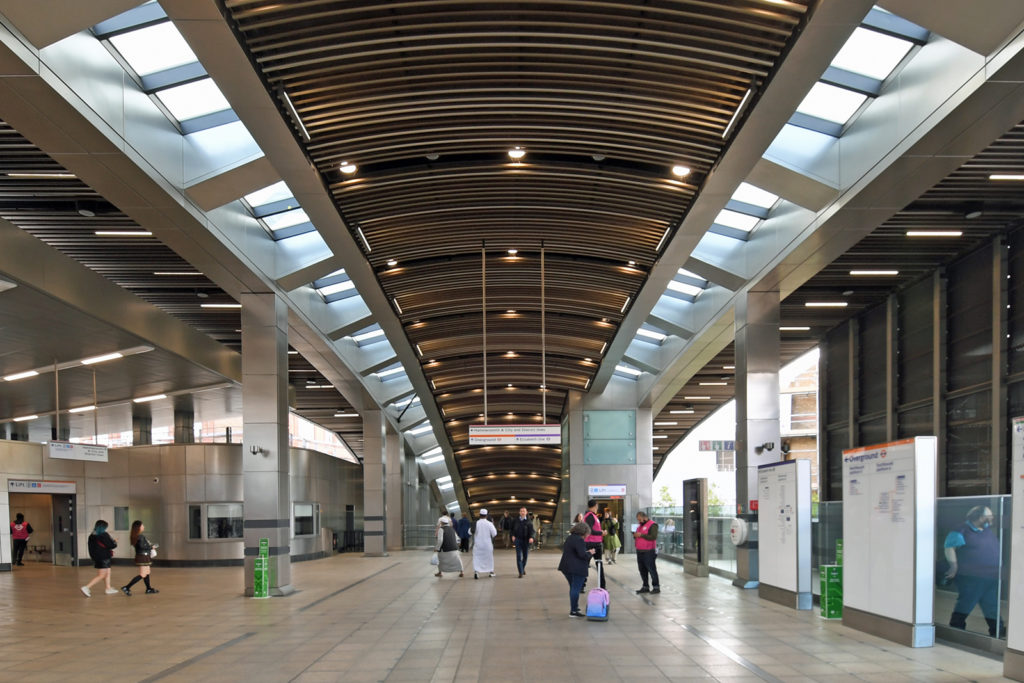 After a long and difficult gestation, Crossrail has finally blossomed into the Elizabeth Line – a superb, world class regional rapid transit railway which will not only provide excellent connectivity along its direct route but will also transform public transport across large parts of London and the South East.

I have a long history with Crossrail, as I became deeply involved in 1988, just before the Central London Rail Study reported. The leading projects in the Study were Crossrail, the Chelsea – Hackney Line and enhancement of the recently opened cross London Thameslink service. Miraculously, two of these three have now been delivered, although it’s a telling commentary on the snail-like pace of major rail infrastructure projects in this country that for many years Thameslink was branded as Thameslink 2000 – it finally opened in 2018.

In the event, the Central London Rail Study (CLRS) schemes were overtaken by the Jubilee Line Extension, a project pushed hard by the Reichmann brothers, the original developers of Canary Wharf, whose scheme was blessed by government, even though on the face of it, its business case was weak, with a benefit cost ratio of only around 1. Yet Docklands took off, and the Jubilee Line is one of the busiest London Underground lines, at least at its new eastern end. Stanmore is quiet, but Stratford is extraordinarily busy – it would be perverse to assert that this has not been a highly successful and vital addition to London’s infrastructure.

The Crossrail project which emerged from the CLRS had a very chequered career. At the time, the development of Docklands had barely begun, and the Piccadilly Line was the only link to Heathrow, so Crossrail only went to Shenfield in the east, with two branches in the west, to Reading and Aylesbury. With hindsight, this route structure looks weak, especially the Aylesbury branch. This was originally going to leave the Paddington route at an underground junction west of Bond Street, but this was changed to a cheaper, rather slow connection via Old Oak Common and Neasden, which would at least ensure that all trains would serve Paddington.

The government supported the scheme, and agreed that London Transport and British Rail could deposit a private Bill in 1991. However, passenger numbers had dropped following the end of the Lawson Boom, putting the project at risk. Furthermore, the Chair of the Bill Committee was a Maastricht rebel – possibly forced to do this as a punishment – and the Committee ultimately threw the Bill out on a majority vote, probably with tacit support from the Treasury.

Successive governments couldn’t quite bring themselves to bury the project completely, so various studies continued and different options were considered. Canary Wharf rose to prominence, and the infrastructure for Heathrow Express was built, so a different geography eventually emerged, going to Shenfield and Abbey Wood via Canary Wharf in the east, and Reading and Heathrow in the west. The project was approved a second time, with a Hybrid Bill getting Royal Assent in 2008 and construction starting in 2009. For several years, Crossrail was considered a poster child for project management, “On Time and On Budget”, due to open in December 2018. But it all unravelled that Autumn. The project was far from complete; none of the stations were finished and systems integration and testing was literally years away from completion. New senior management and project oversight was put in place, the project became c£4 billion over budget, and public service finally started on the Abbey Wood – Paddington section on 24th May, although Bond Street station is still not yet open.

The delay has been, of course, quite scandalous, although very few heads seem to have rolled. The project’s senior management were either out of touch and delusional, or refused to recognise the true situation; oversight by the then Crossrail Board was clearly ineffective too. It feels like the inability to recognise a party in Downing Street while the wine flowed and the karaoke machine played! However, the new railway is now open, and it’s really rather splendid. I travelled its length, East to West, on 25th May, day 2. Abbey Wood was not very busy, although I’m told morning peak trains from there are well loaded, with many passengers already discovering that their quickest journey to work would be to change from SouthEastern there and use the Elizabeth Line direct to their destination. But the trains were surprisingly busy further along the route and at Paddington, even though Bond Street isn’t yet open. The stations are spacious and attractive, and the trains have enormous capacity. There were lots of staff around, looking relaxed, as everything was running well – I’m told on that day, every train except one arrived on time; the miscreant was less than five minutes late.

For better or worse, property values along the route are likely to shoot up. For example, there are clear signs of gentrification outside the new Woolwich station, and there’s construction of new apartment blocks at the inner London stations to the west of Paddington. When the three sections of the route are joined up, hopefully this Autumn, public transport from many stations west of Paddington will be transformed, with direct trains to the West End, the City and Docklands, instead of the previously relatively poor links from Paddington.

Even more exciting, from a public transport perspective, are the journey opportunities which the full Elizabeth line will open up. Journeys such as Essex and East Anglia to Heathrow, or Ealing to Stansted with one change – much faster and more reliable than playing roulette with Journey times on the M25. The most exciting potential interchange is almost certainly Farringdon, where the Elizabeth Line interconnects with the entire Thameslink network.

In short, I believe the Elizabeth Line will be a stunning success, and in two or three years’ time, London will be unimaginable without it. I would hope that support for Crossrail 2 will grow, and that London won’t have to wait another thirty years for its next key project. As a Director of Heathrow Southern Railway, I declare an interest, but building southern rail access to Heathrow is another project where construction is way overdue too, especially as, given the right project, this scheme can wash its face financially.