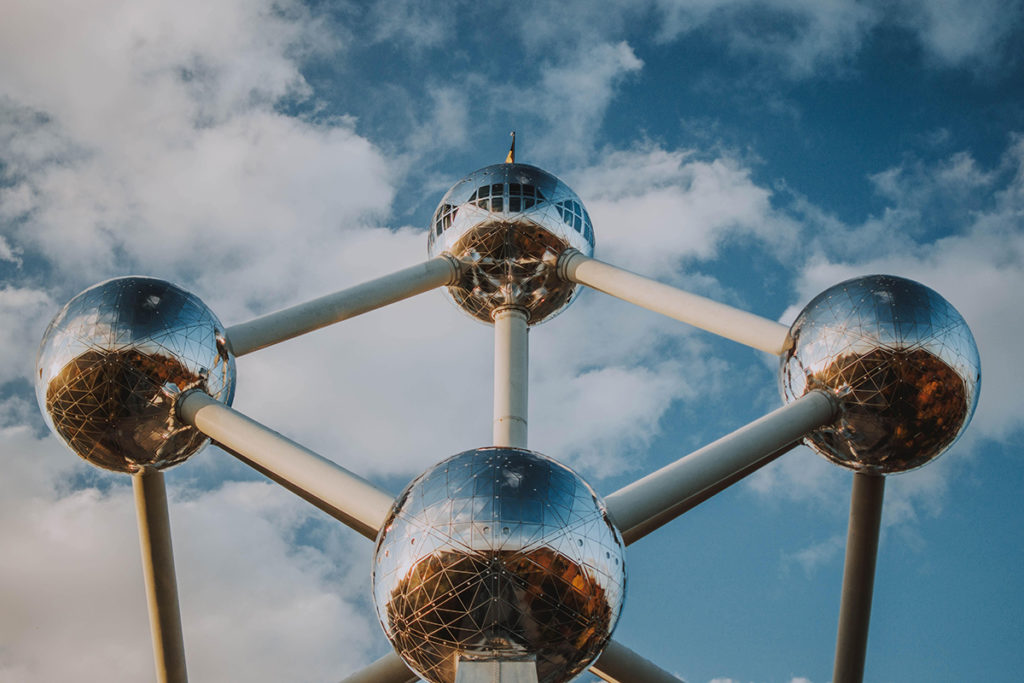 Our guest writer CLAUDE MORAES asks how will British businesses engage with EU institutions, policy makers and legislative processes after we finally leave?

With COVID dominating all aspects of our lives at the moment, there are many non-COVID discussions which would otherwise probably be more transparently happening but have fallen out of sight. One of many, as the end of the EU transition period approaches, is exactly what the UK’s new relationship with the EU will look like. One specific aspect of this new relationship is how British business, non-governmental organisations (NGOs) and other stakeholders working with the EU will engage with  its institutions, policy makers and legislators as the UK including of course the Devolved Administrations in Scotland, Wales and Northern Ireland collectively become fully a “third country” to the EU on January 1 2020. 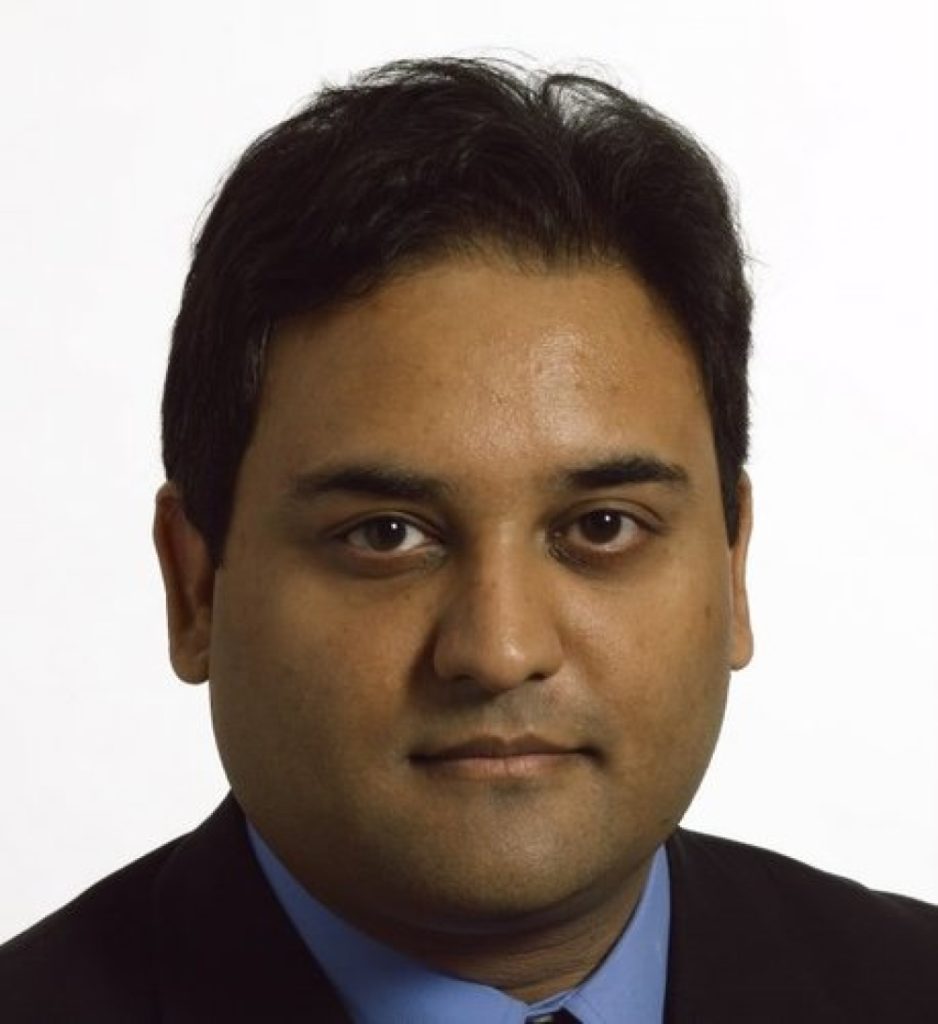 The importance of those relationships are very obvious – the economic relationship alone between the UK and EU is worth £648 billion annually. But the deeper links – people, jobs, and shared history have been built up over decades of the development of the EU with the UK helping to build the institutions as well as on occasion seeking to “opt-out”. Sometimes the depth of those relationships structured within the rules based Single Market with attached employment and environmental protections will only fully reveal themselves in time.

We are now close to the moment when I would optimistically think we will see a final withdrawal agreement and the beginnings of a trade agreement. It’s still possible that “no-deal” will happen, but let’s assume that a deal of some sort does emerge over the coming Autumn and Winter period.

It is an extraordinary list and each item reveals a huge wealth of future cooperation but with all the new barriers between major partners who are no longer in the same Single Market.

Just in the last week I’ve discussed “services” with former senior colleagues still working in the EU, understanding how disproportionately large this sector is in the UK economy. Another discussion focussed on the much neglected, highly profitable and exportable (for the UK) civil legal services sector which still sees uncertainty. This particular colleague had been in touch with the UK Justice Department and also the England and Wales and Scots Law Society representation in the EU – typical of the representative UK bodies working in Brussels.

Another discussion was with a colleague working with tech companies in London’s “silicon” Old Street, and was about the way the European Parliament ( which has just formed a new AI working group) and the Commission (launching a new AI white paper) are making progress on Artificial Intelligence but there was still uncertainty on the yet to be agreed basic data adequacy agreement between the UK and EU vital for future secure and legal commercial and security data flows.

So what opportunities and challenges lie ahead? How will a business actively engaged with partners in any EU country seek to do business, and if appropriate, access information, and/or influence policy? In essence who does UK business talk to and how much will that really change from what happens now?

This article is not about the ongoing fraught Brexit politics but more about my experience as a senior UK MEP watching and occasionally assisting the way business and organisations have to continue to speak to or influence the EU while still in it. Most of this will be familiar to Brussels insiders, but as the UK becomes a third country to our biggest trading partner, it’s important that the relationships are understood more widely.

Currently when a business has to “speak to Brussels” the starting point is usually London – the appropriate Whitehall Government Department. As far as Scotland, Wales and Northern Ireland are concerned I’ve seen the evolution over many years of now very active and strong EU office representation in Brussels. The Scottish set up is particularly strong but so is the London Mayor’s EU office. For the city regions of England there is a varied picture, but most have evolved a level of EU liaison based on many years of understanding the funding, industry sectoral and regeneration needs of their cities and regions and the major part the EU has played in that over the years.

I’ve had personal experience of directing businesses to Whitehall departments, (DCMS on tech and digital, BEIS and Transport for infrastructure and manufacturing companies, the Home Office and DFID for NGOs) and, as a London MEP, to the Mayor of London’s EU office. In each of the key Whitehall departments there is now a “Brexit section” or some sort of “EU relations” infrastructure. How easy it is to access these for an external business or NGO will vary greatly and will be dependent on their existing relationships, size and so on.

Those departments will then tend to liaise with what was, while we were in the EU, UKREP – the UK Permanent Representation in the EU. UKREP have been for years a group of hardworking UK civil servants whose job it was to represent the UK Government interest in the European Parliament, Commission and Council. They would gather intelligence, build relationships, and help the EU shape legislation as it affected the UK. This was invaluable for UK businesses and NGOs operating in and with the EU while we were members.

From January 31 of this year they have been renamed the UK Mission in the EU (UK Mis Brussels).  This is an important practical and symbolic change. Like every other non-EU country civil service they will no longer be at the table, at the Council Working Groups or in the European Parliament Committees where they were always present hitherto.  The final withdrawal agreement will set out some detail of where these UK officials can be present, but the new role will essentially be a third country diplomatic one.

Following the next UK spending review we will see a new structure with more emphasis on EU capitals but there will have to be an active UK Mission in Brussels. One of the key tasks will be to help UK business and other British stakeholders. All the indications are that, as the UK team will be operating as third country diplomats and not insiders, it will probably mean stepping up the scale of the operation to compensate, and that should provide some comfort for UK businesses and stakeholders.

But the scaling up of our Government representation will not entirely fill the gap when we have lost a wealth of insider elected and appointed representation. UK MEPs, Commissioners and officials in all three of the institutions and EU agencies will obviously have gone. In the case of highly regarded UK officials, some still work in the EU but clearly have no remit whatsoever to look after British interests. The number of remaining UK officials will also clearly decline sharply over time.

One answer seems to be that those UK trade and umbrella organisations with established networks will be busier and be called upon to help make connections for UK member companies. In time and post-pandemic, it is also my view that professional  consultancies and companies who have the necessary knowledge and connections to the EU institutions may be in a good position to help UK businesses and NGOs.

In practical terms this means a greater role for the British Chamber of Commerce in Belgium (who have just appointed a former senior MEP Dan Dalton to lead it), the CBI in Brussels, the British Council and the range of hard  working professional trade and professional bodies which have proven contact groups. The respected professional companies and consultancies with good EU regulatory knowledge and contacts will in time be called upon.

On the NGO side, the TUC and many other organisations will not end their EU connections. Again recently I was asked by a senior international humanitarian charity executive with offices in Brussels and London about how the merger of the UK’s Department for International Development with the Foreign and Commonwealth Office is seen in the EU, given the deep connections between the EU and UK on humanitarian aid budgets.

While we had UK MEPs – the ones actually doing work in the institutions – British businesses could have access to the European Commissioners and their Cabinets. I’ve worked with other MEPs to set up meetings between the EU Trade Commissioner and companies in my own constituency in the past. This level of contact is clearly over. The UK is now on the outside but we still need to speak to the Commission of our biggest trading partners by far. Increasingly the European Parliament which is accessible and a co-legislator can’t be left out of the equation, so knowing what is happening in the Council and its Working Groups will be particularly difficult given the lack of transparency in that institution.

The challenge and opportunity lies, in my opinion, in how we do it. It will be done best by those who understand that the UK as a significant world economy can still thrive if it takes an intelligent and cooperative approach towards its biggest trading partner. The UK helped build the Single European market we will now be trading with from the outside. That historic knowledge and experience should be valued and not abandoned in the coming months and years.

Claude Moraes OBE was Member of the European Parliament for London between 1999 and the UK’s withdrawal from the EU on January 31 2020.