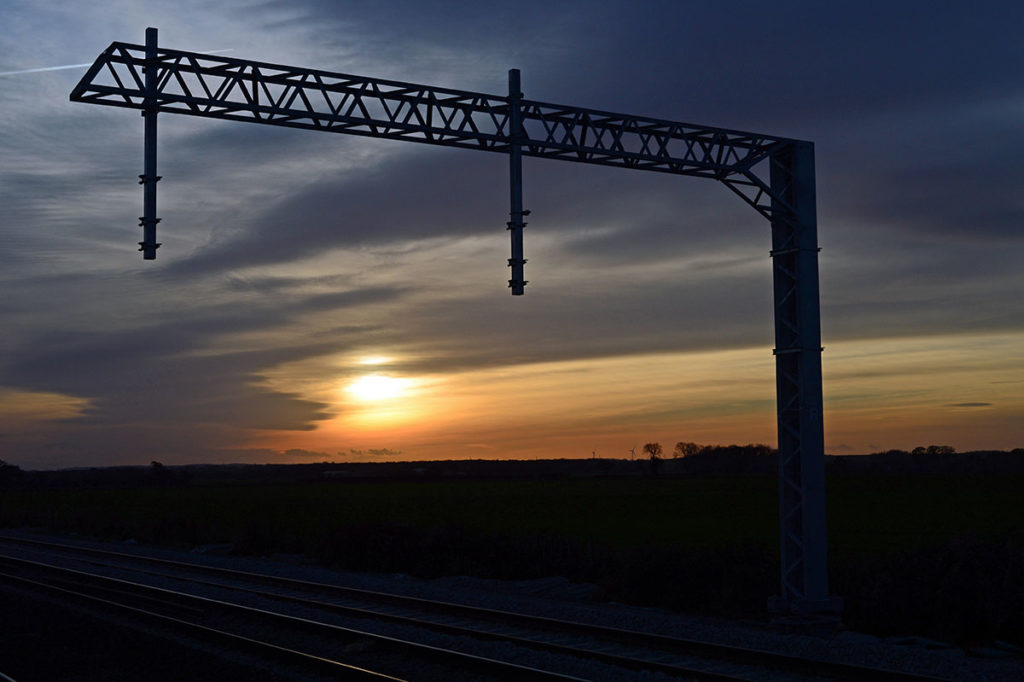 2021 started in lockdown, and ended with the dramatic spread of the omicron variant. According to DfT’s statistics, passenger journeys had slowly climbed back up to the dizzy height of 72% of pre-pandemic levels in late November, but then we were told to work from home again, and volumes dropped to little more than 50%, with commuting collapsing once more.

It has been an extraordinary year for the rail industry. The Williams Shapps White Paper was eventually published in May, and the Integrated Rail Plan followed in November, met by howls of anguish in the North of England. While the North feels hard done by, in reality London is faring no better, with hand-to-mouth funding deals and investment rapidly drying up – for example, the trains on the Bakerloo Line are already 49 years old, with no sign of replacement for the foreseeable future.

The shortfall in passenger revenue and the reduction in peak commuter volumes inevitably puts future funding of the industry in doubt, particularly for enhancements. Is there really still a pressing need to remodel the junctions north of East Croydon or to build Crossrail 2? Or are all these projects still valid for the longer term? Crossrail provides an historic precedent; the project was stopped by the Treasury in the early nineties, principally because commuter volumes had dropped after the end of the Lawson Boom, and the rationale for the project – easing peak overcrowding, particularly on the Central Line west of Stratford – was no longer seen as urgent. Twenty five years on, the new railway will, finally, open.

However, one of the other major events this year was COP 26. The United Kingdom, along with almost every other country in the world, asserted the critical importance of achieving net zero. While the government made the right noises on this, its actions have been rather less convincing – for example, there is as yet no coherent strategy for phasing out gas central heating.

The plans for transport are also unconvincing.  Logically, achieving net zero would drive modal shift to rail, and Ministers have made positive noises on this, including in the White paper. However, the government’s actions aren’t consistent with its rhetoric. Air Passenger Duty is being reduced for domestic flights, and fuel duty continues to be frozen. In contrast, regulated rail fares are going up in March. Although based on the inflation rate at July 2021, so below the current rate of inflation, the increases are still calculated on the generally discredited Retail Prices Index, rather than the Consumer Prices Index, which is usually lower.

Furthermore, the take from fuel duty is likely to plummet with the switch to electric vehicles. The rational fiscal and economic response to this would be to introduce road pricing – but this will become increasingly politically difficult as more and more people drive electric cars, so don’t pay fuel duty. Such has been the hype that the man or woman in the street believes that their road use will become zero carbon and non-polluting, which is in reality far from the case. In fact, even if electricity generation becomes carbon free, the carbon footprint for the construction of new electric cars remains very significant. There is also pollution from brakes, tyres and a substantial environmental impact from battery manufacture and disposal.

So modal shift to rail must and should be a major thread in achieving net zero, although this should always be on a realistic, objective basis. In carbon terms, rail performs exceptionally well for freight and high volume passenger routes – but its credentials on lower volume routes are much weaker. There may be a case for selective restoration of some rail lines, particularly where the base infrastructure is still in place, for example to Okehampton, Fawley and Ashington, on the basis of economic development, “levelling up” and social cohesion, but the carbon impact is pretty minimal, as the Department for Transport have even acknowledged for HS2. Meanwhile, we wait to see whether, for example, there is to be a rolling programme of electrification, driven by achieving net zero. Two big schemes have been authorised, full electrification of both the Midland Main Line and the North TransPennine route, but these owe as much to the political context of the Integrated Rail Plan as to the drive to net zero. And there is as yet no credible path for elimination of diesel traction for freight; even limited electrification projects such as the short link between the Great Western Main Line and the North London Line have yet to progress.

The challenge facing both the government and the rail industry is how to square the dire impact of the pandemic on rail finances with the imperative of driving modal shift to rail to meet net zero. It will be fascinating to see where this comes out in the next couple of years. At present, the omens are not too good.

Logically, the Government should be looking for quick wins for its proposed new structure for the rail industry, reflecting the aspirations set out for Great British Railways in the White Paper, with its paramount focus on service to passengers.

Providing a meaningful level of service on Boxing Day next year might be a useful start. Driving on the M1 that day, it’s clear that, although much less busy than normal, and blissfully largely free of heavy goods vehicles, a lot of people still travel. Yet, as always in recent years, rail services this Boxing Day were close to non-existent.

The Gold Medal goes to Merseyrail, which is fully devolved to Liverpool City Region, and operated a half hourly service on all routes for most of the day, although trains didn’t venture south of Hooton, to Chester or Ellesmere Port, which are outside the Region’s area. There was even an hourly service to St. Helens from Liverpool Lime Street – the only trains run by Northern that day. Manchester and Leeds were shut down, as was Birmingham.

Inevitably, engineering work resulted in a lot of closures, so neither Heathrow Express nor Gatwick Express ran, and Stansted Express started from Tottenham Hale. While Victoria was shut, Southern did run from London Bridge to Gatwick and Brighton, and also a couple of suburban routes. London Overground ran a twenty minute service from Highbury to West Croydon, also a shuttle from Clapham Junction to Shepherds Bush – rather a lonely operation, given that there were no other trains at Clapham that day!

There was a limited service in Scotland, but elsewhere, nothing. Some way to go before the White Paper commitment to run the network in the public interest is met?